The 2020 Presidential race was unarguably the world’s most expensive election to date, with over $1.8 billion being spent for campaigning according to FEC Election Data. But how much of the Election record spending sum was spent on digital advertising?

We gathered data from Google, Facebook, and Snapchat to make sense of it. 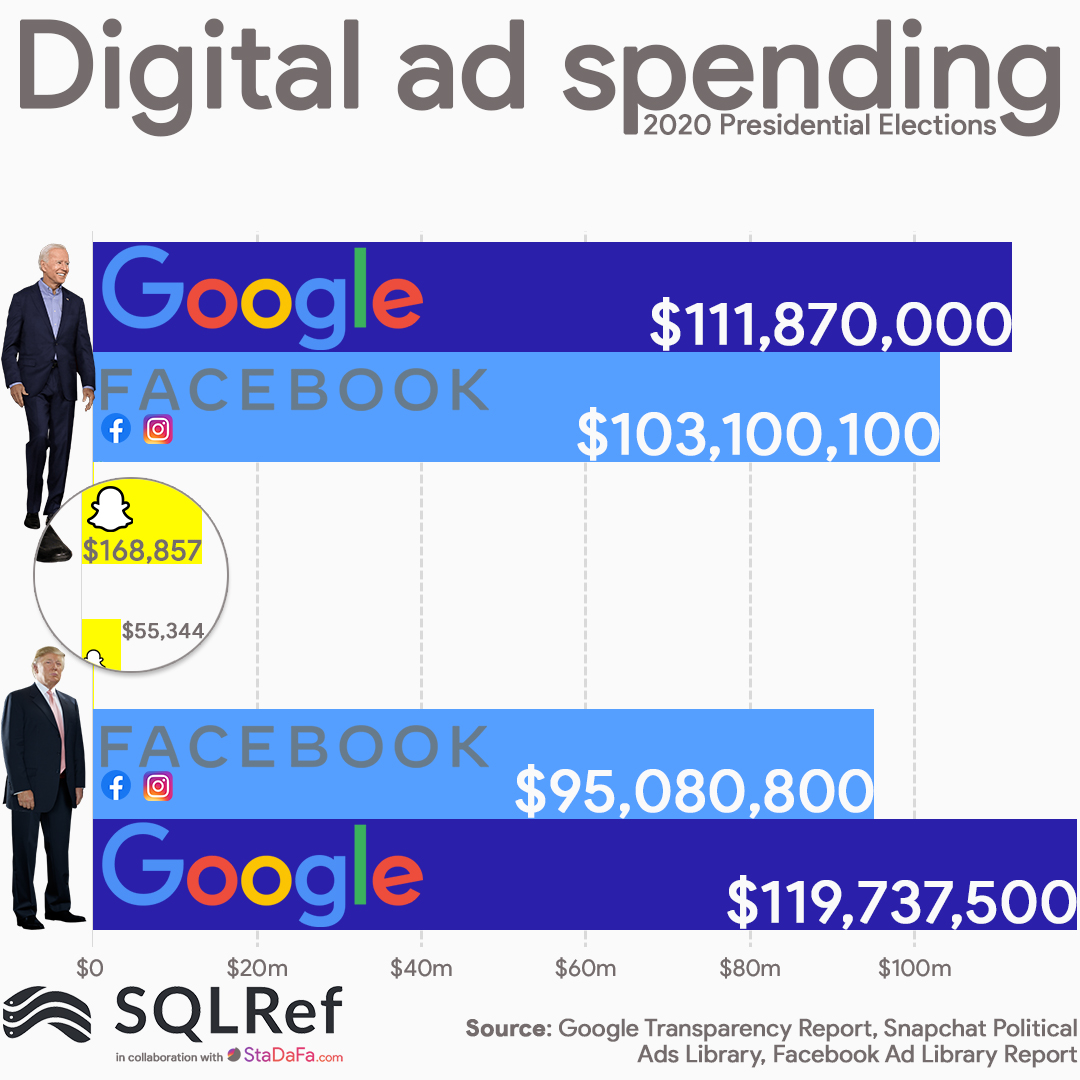 Which President set a record for campaign spending

Current president Joe Biden set a spending record for the 2020 Presidential Campaign with over $1 billion spent for his entire campaign. More than 20% of that, or $215 million to be exact, was spent on digital advertising, split quite evenly between Google and Facebook.

Donald Trump’s team on the other hand spent 30% of their budget on digital advertising, with Google recording nearly $120 million in advertising revenue. 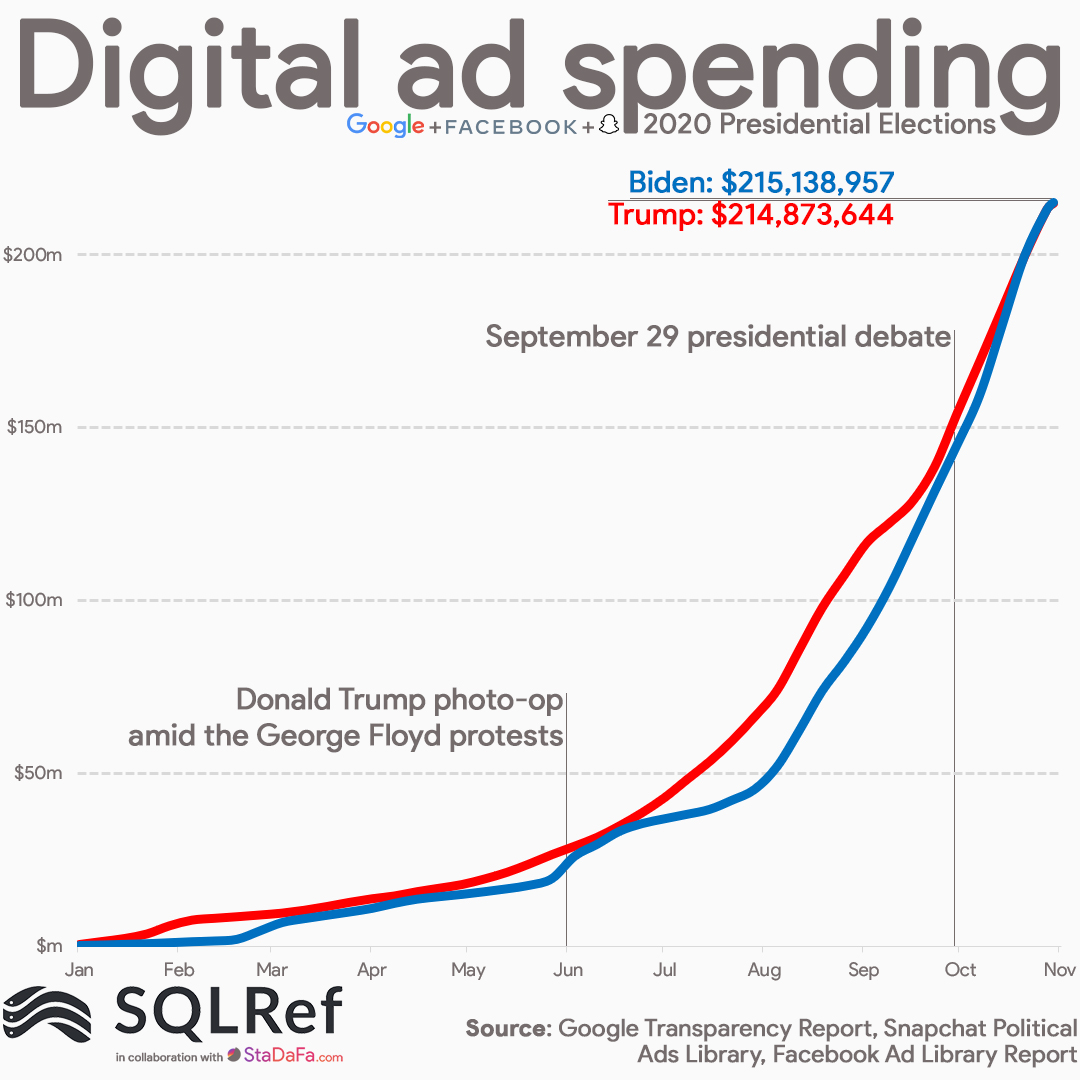 As far as their social media spending, both presidential candidates decided to tap into Facebook’s userbase (that means both Facebook and Instagram) and cumulatively spent just shy of $200 million. As for Snapchat, the US election spending barely registered with Joe Biden allocating about $170,000 and Donald Trump $55,000. That is less than 0.02% of their total spending and just 0.05% of their digital. 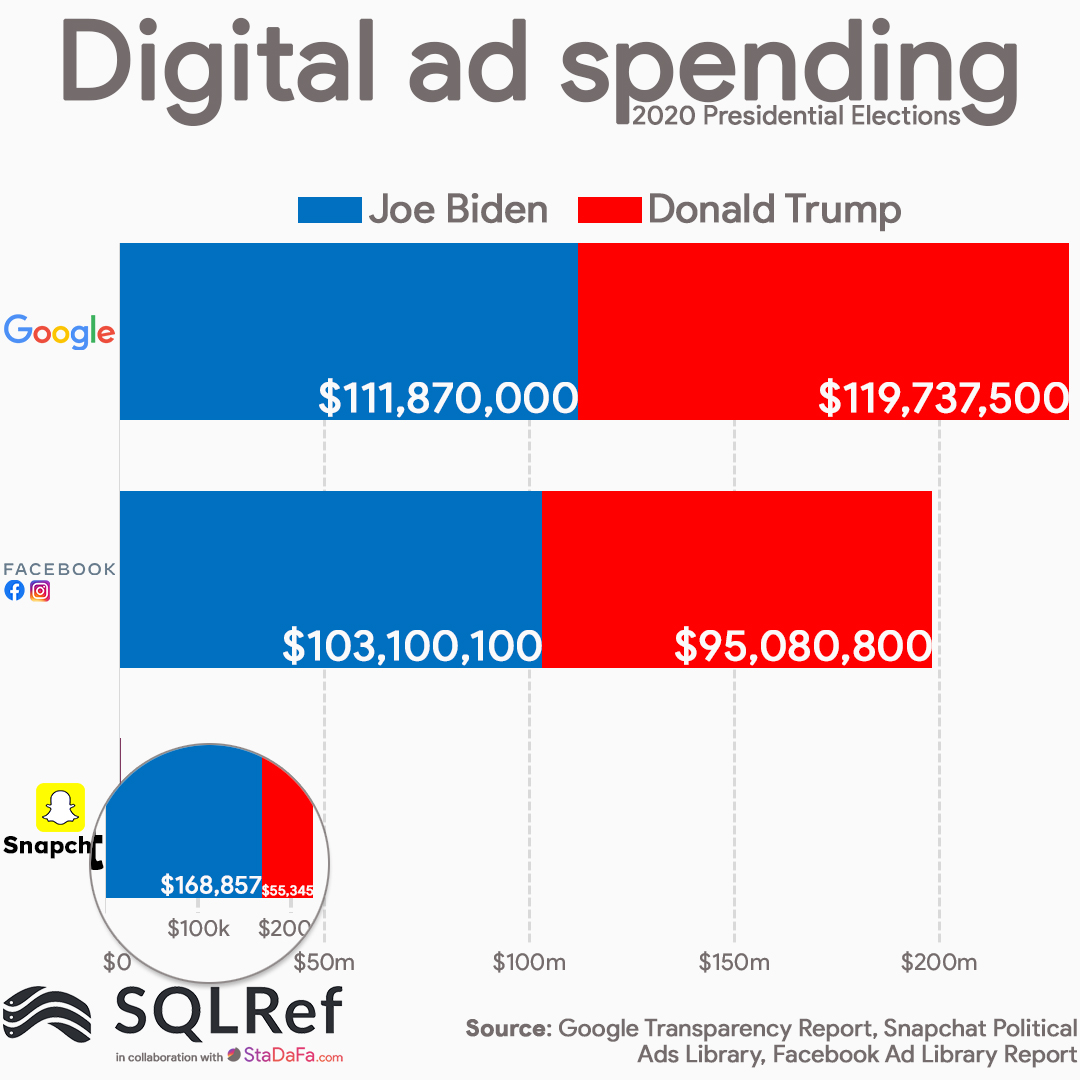 Lastly, here’s a visualization of the day by day spending on Facebook for the presidential candidates and their running mates: Kamala Harris and Mike Pence. This graph better illustrates the spending spree of the Biden Team, just after the Donald Trump photo op at St. John’s church in Washington amid the George Floyd protests. 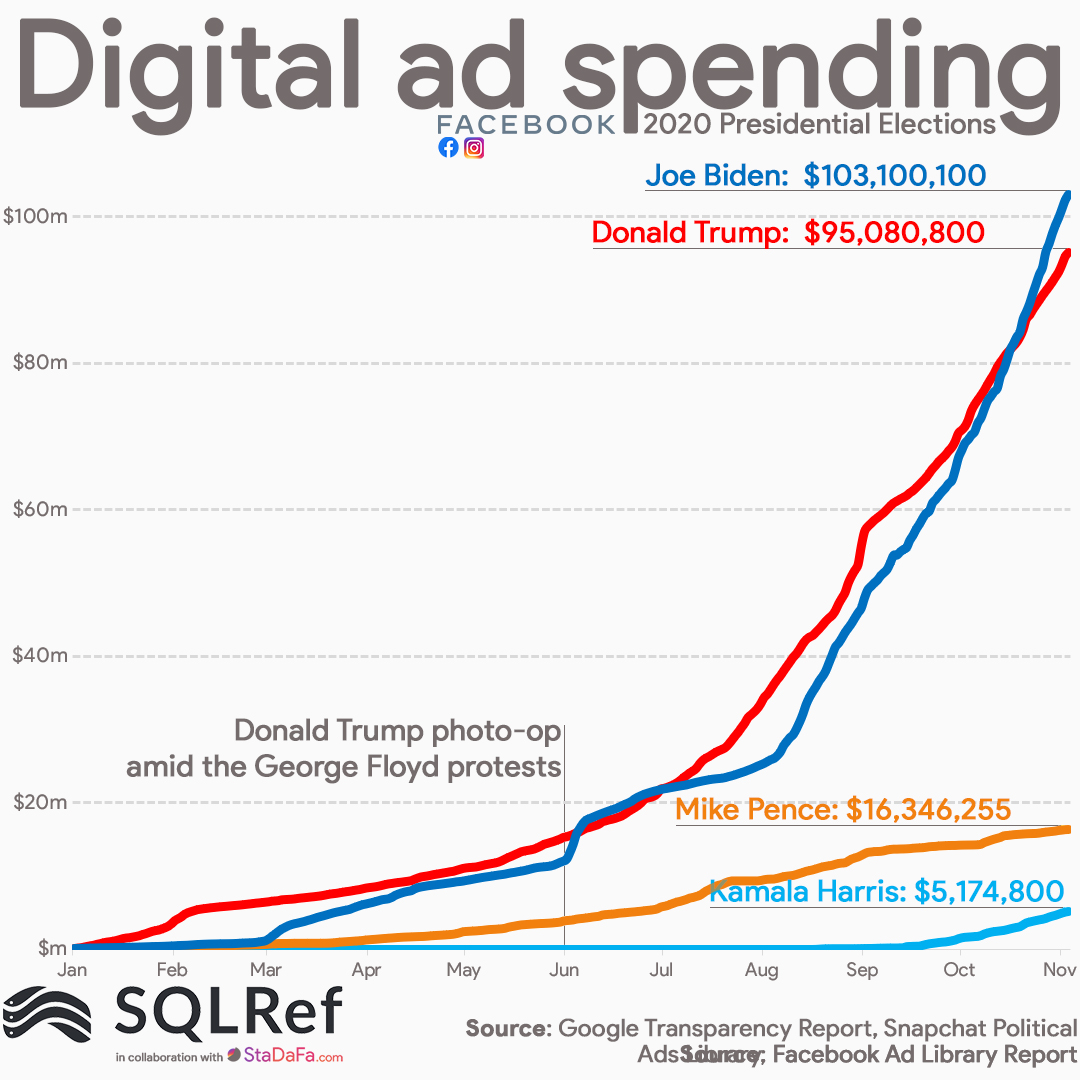 Both presidential candidates spent big to secure a place at the White House and set a new presidential election spending record.

Here is the raw dataset we used to create these election spending visualizations.